Because of that exquisite detachment of reality, that through a canvas and at times, we need to let flow, it is that imagination allows itself to unfold, under the shape of beautiful images to which we add an emotional meaning that we seek to share with the rest of the beings around us, who also have and enjoy the ability to imagine.

The beauty of the emotional world nourishes our lives. The emotion of everything that exists, like our home, the Earth, with all the things that nurture from it, should be enough motivation to break with our selfishness.       Our brothers and sisters, from any religion, color, nationality and good will belief should be a sufficiently strong force to overflow us with universal love. Universal love we would extend to other animal species, which should also grab from us the responsibility and respect for their lives.
If we took this step in our road to a desired wisdom, to a higher spiritual state. If we lightened our spirit in such way, many of the problems that trouble us would probably be solved. Useless confrontation for fear of not being the ones who survive would disappear, because there would be no enemies.
And art is one of the roads in which all humanity gathers, regardless their culture or language. Simply because we all possess and enjoy the ability to imagine ourselves moving away from reality, if only at times, we reach through art, the mutual recognition that brings us together in brotherhood.
Claudia


They rise, making way, in spite of the friction between the air and their bodies.
Skillfully play with the gusts of wind, moving towards the desired direction, not caring about the possible obstacles that may appear in their predestined way.
They carefully ascend, looking over and over again, for the longed intensity. Not satisfied with mediocrity,  they want it all.
At times they seem to make it, but intuition guides them to search for something higher, where the heart wildly beats from the effort, beginning to finally taste ecstasy…
In the absent-mindedness and abandonment of happiness, they are beaten by an unpredicted blizzard, or maybe, they are blinded by an unforeseen intense glimmer.
In that moment, when, by losing control of their fate, their route abruptly changes and they plunge in another direction, opposite to that that was leading their boldness, unaware of the event that lifts them, so they will not perish.
Rebelliously, coming out of their amazement, they furiously resume their flight, refusing to accept the plunge as a punishment for that bold purpose of having expressed their most intimate passions, those, one cannot renounce to without the most terrible pain of frustration.
They amuse themselves with their boldness, knowing that the only reward they will receive is their own approval, inspire of their surroundings insists otherwise. Though, someone who has also tried, every now and then may say, as they see them fly by: “Those who challenge the skies with the most absolute indifference of others’ expectations… those are the audacious birds.”
They choose to dare, because a predictable fate leads to exhaustion of vital beating.
They love to dare, because longing for delight, doesn’t cave in to imposition.
They need to dare, in spite of their fear, because what they fear even more is not having been able to find the echoes of their own streams, before their time runs out.
Claudia 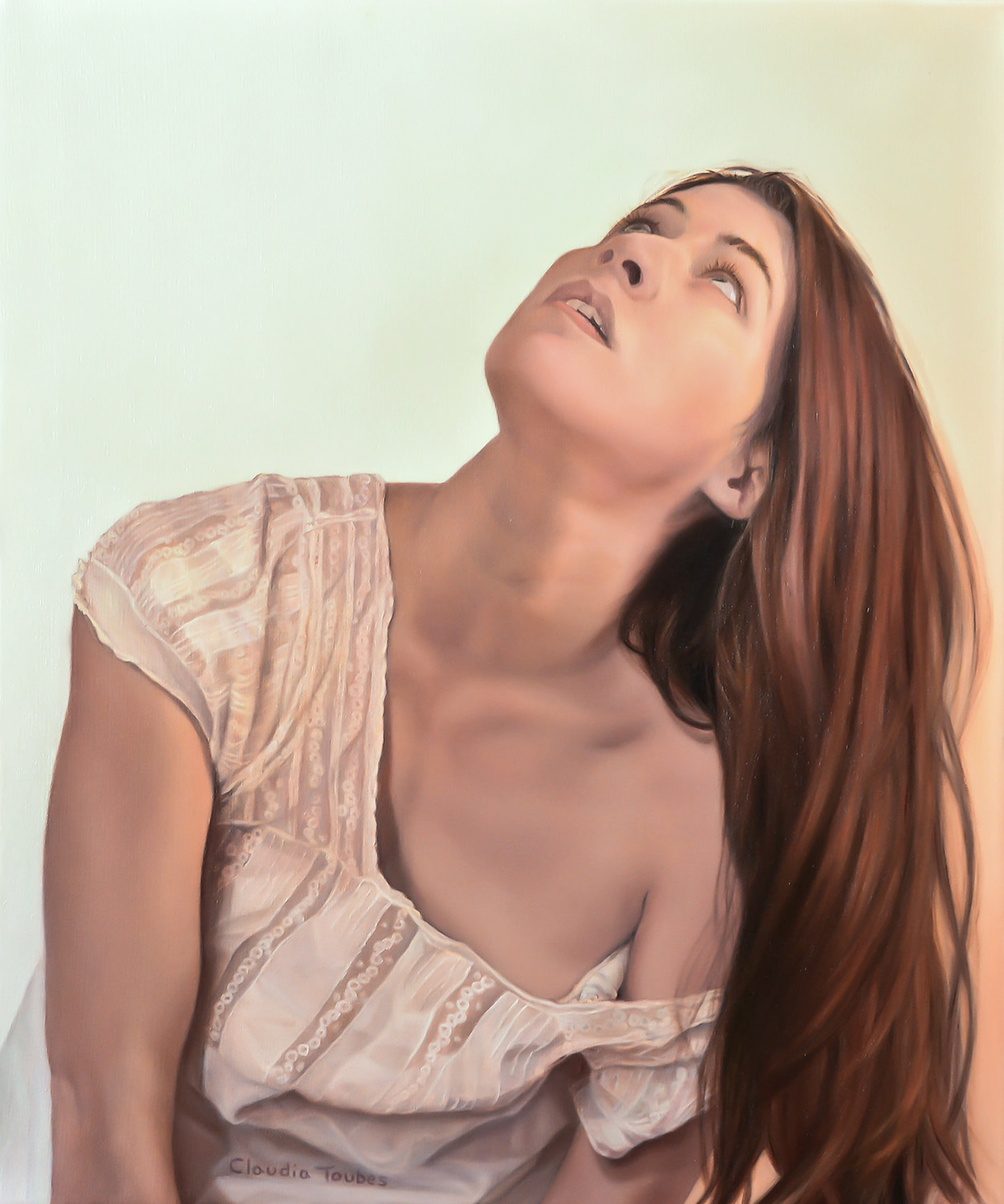 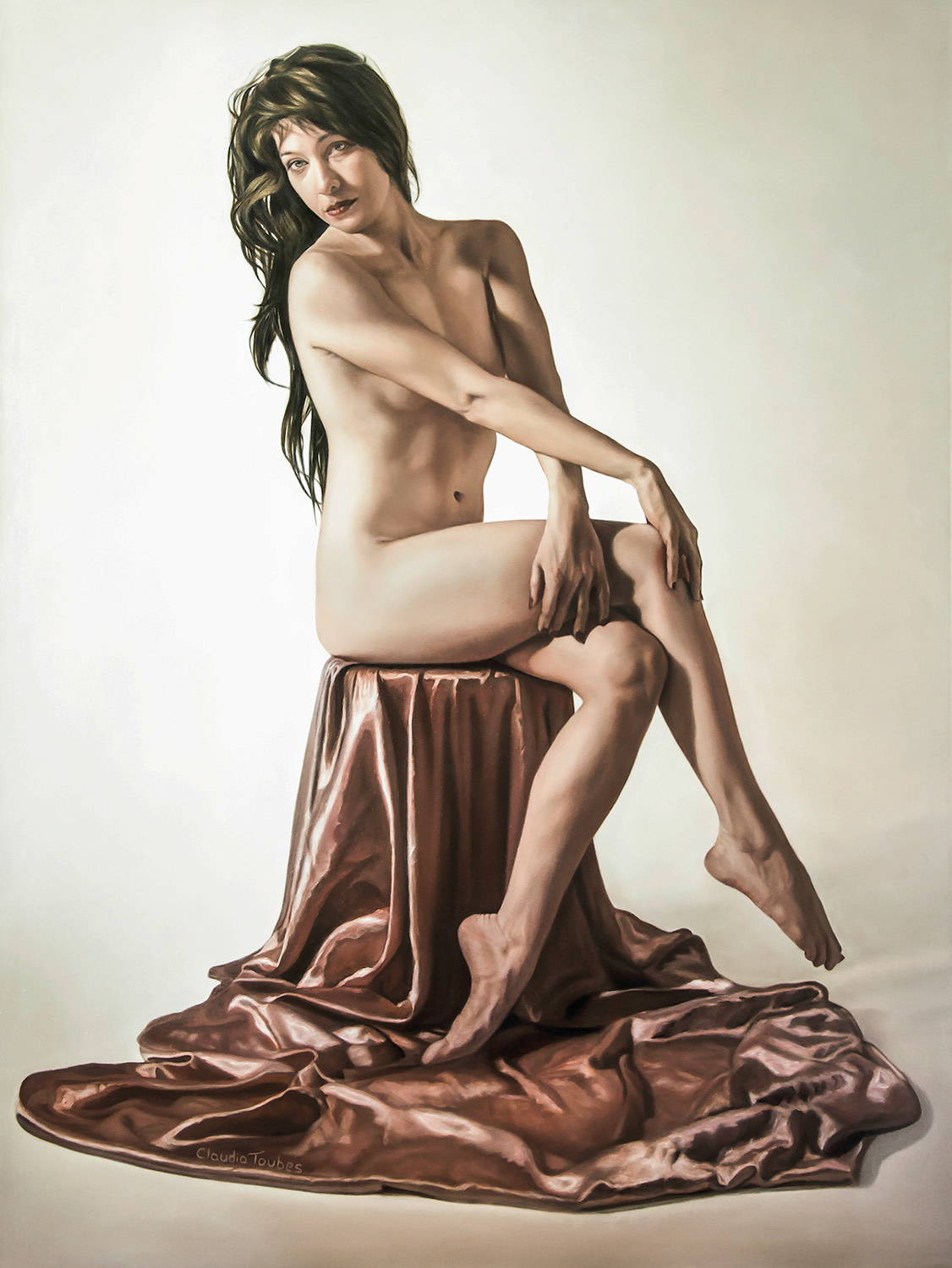 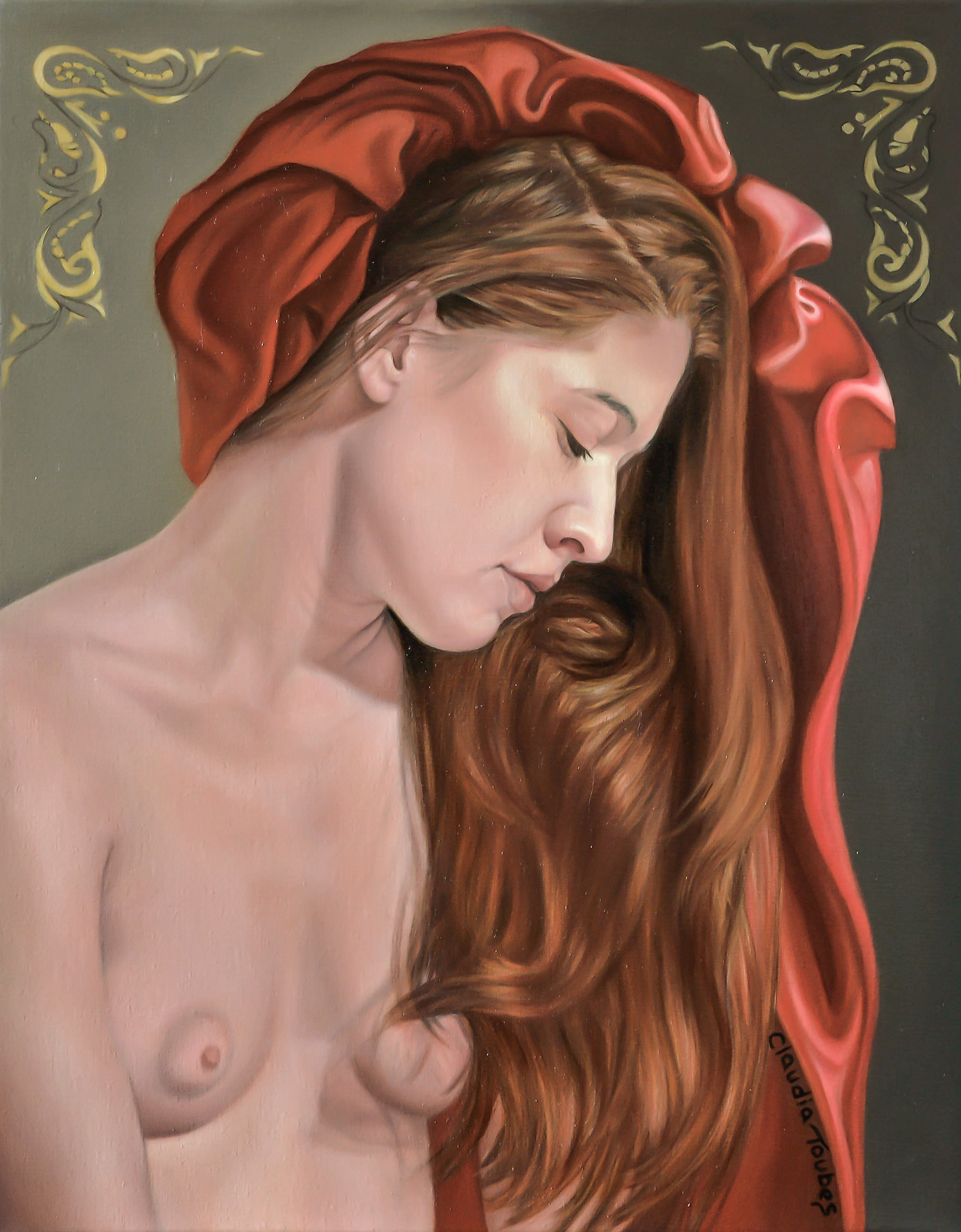 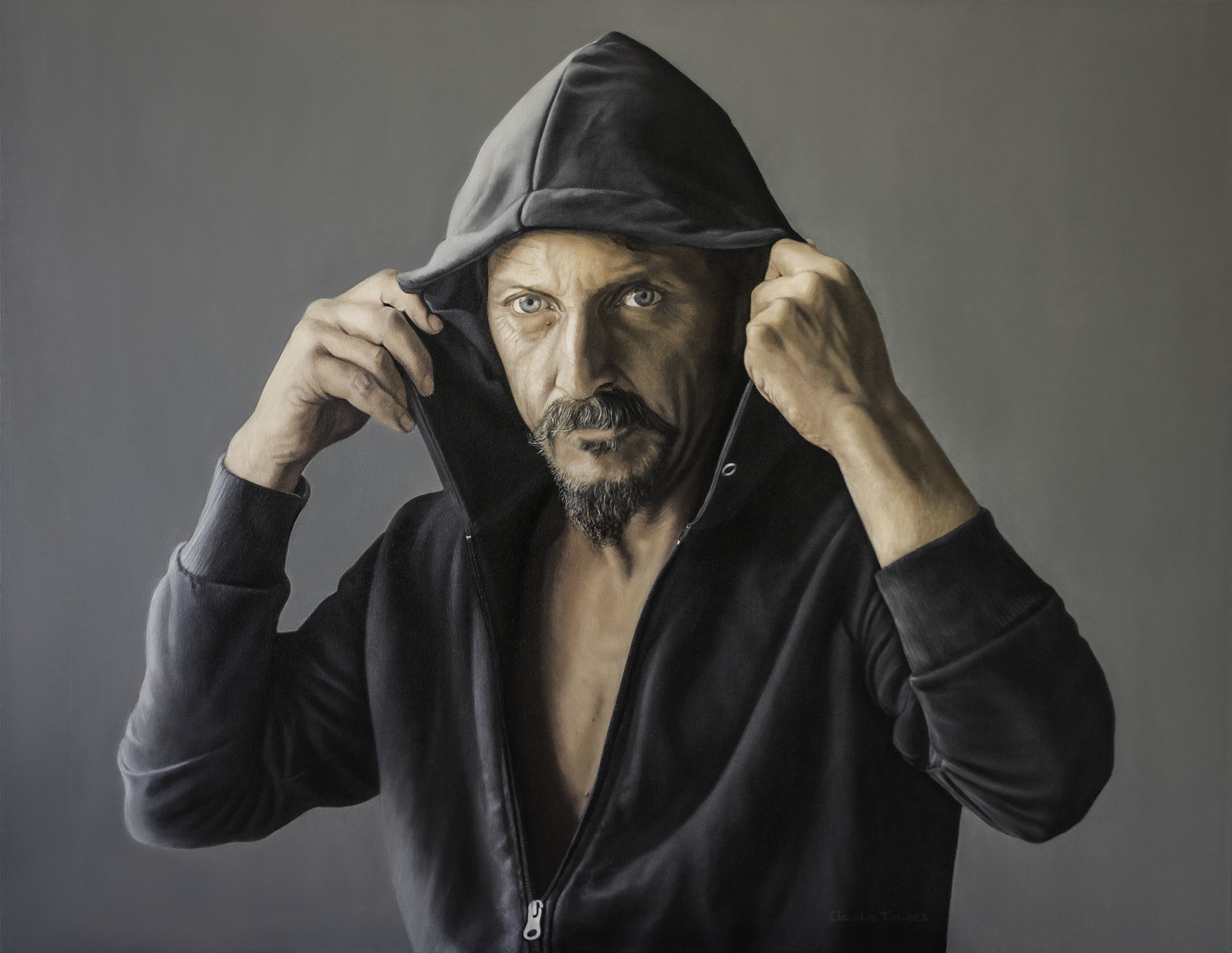 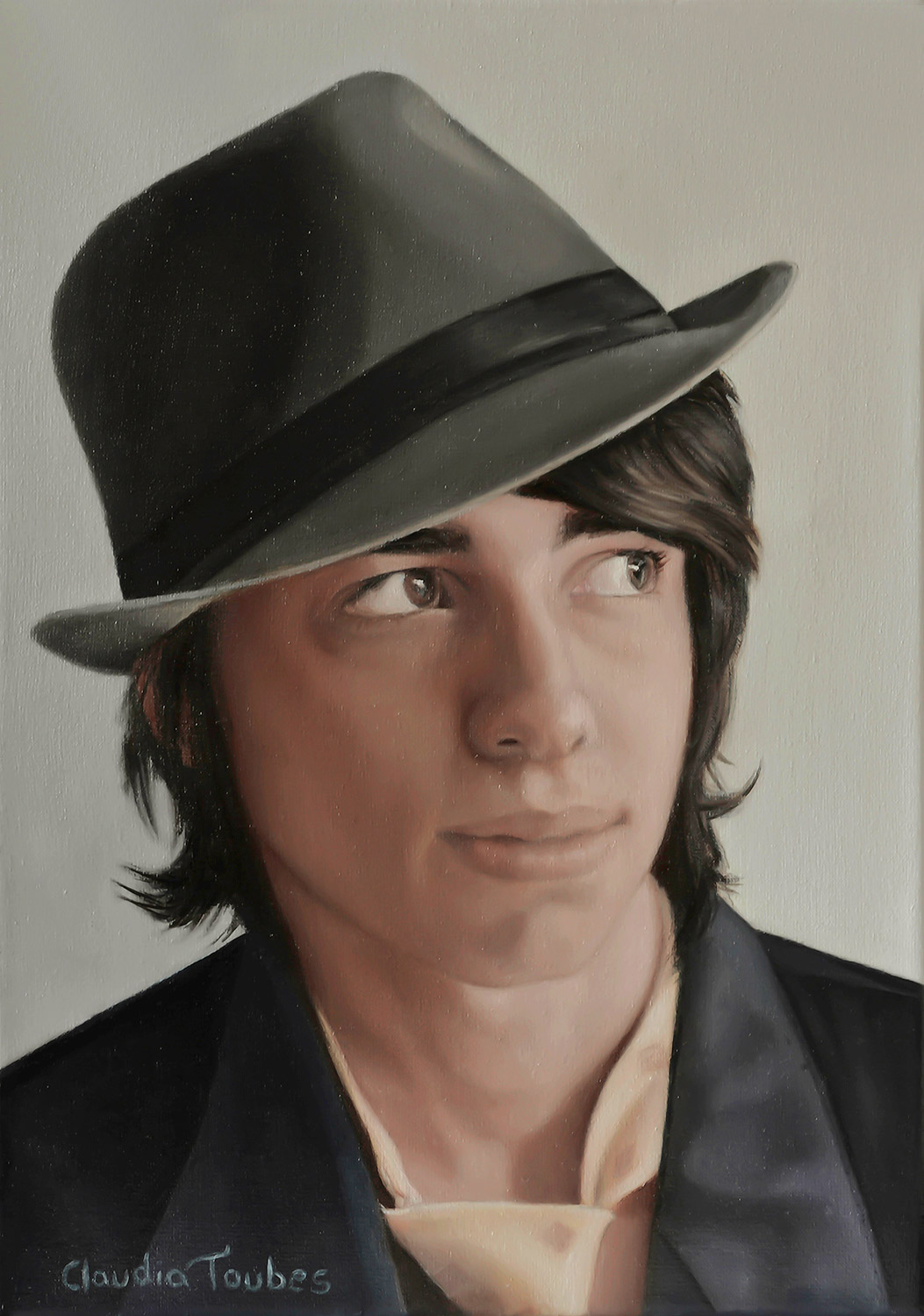 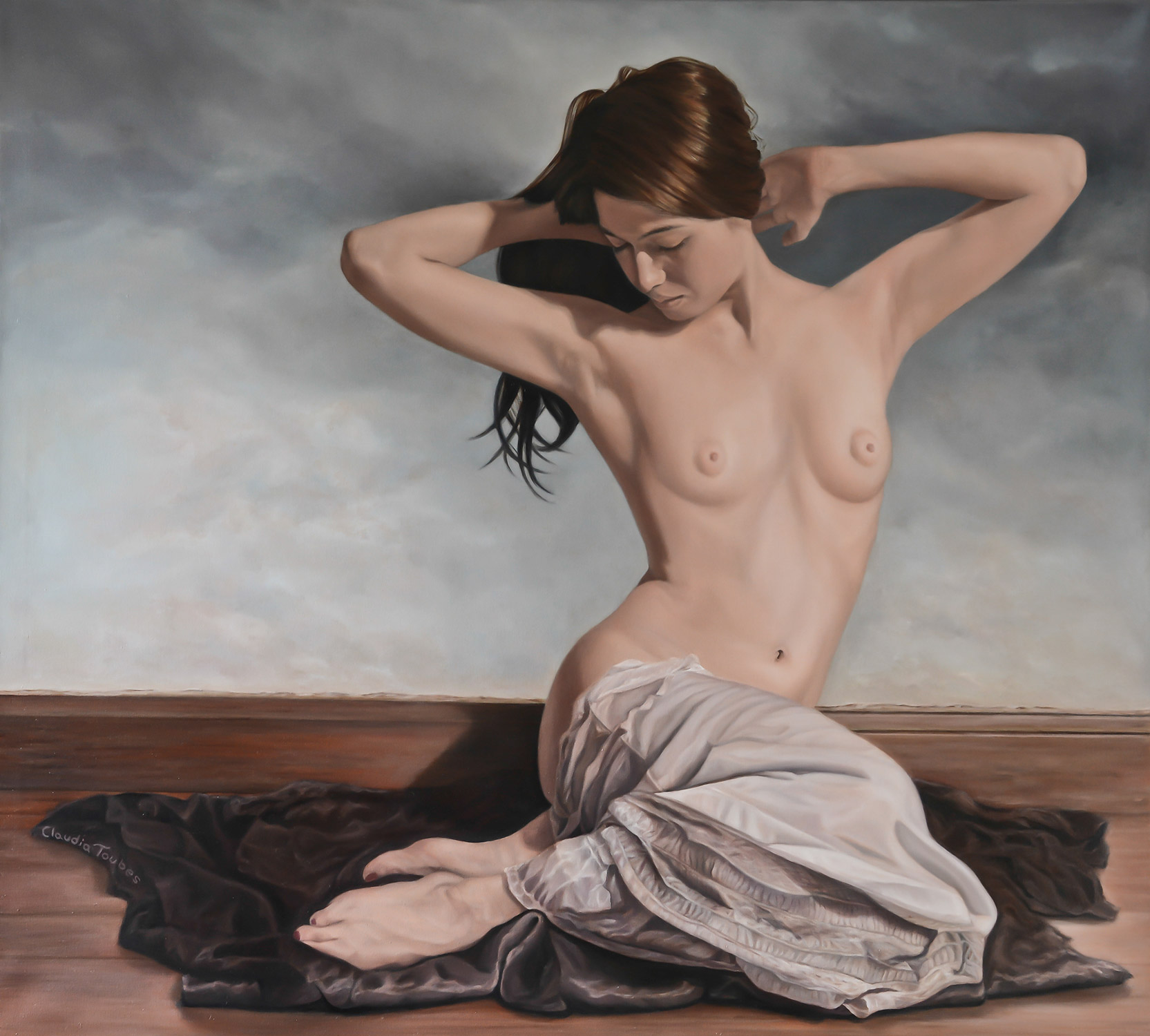 During the year, exhibitions are held nationally and internationally.

See exhibitions made in previous years

You can contact us through the email info@claudiatoubes.com or from the web by completing the following form.